Meet the Dell’Anna family, three generations living under one roof! Phylis is the mother/grandmother, then there is Holly, Phylis’s daughter, and the mother of Lamya. These three ladies were living in a house outside of Stockton for 15 years together and then one day their entire life was thrown into chaos. Their landlord passed away and his children notified them the house they were renting would be sold. They had to move!

Holly was applying for jobs and got offered a job in the city of Stockton, so she brought the whole family here to make a fresh start. The only hitch in their plans is they had a pet, a chihuahua named Misty. So, when calling around to different shelters in Stockton they had to find one that would accept a dog, and not many shelters allow pets. They were overjoyed when they spoke with the Stockton Shelter for the Homeless’ staff and found out that the SSH have a pet program in place, and they could bring Misty here. The family would be able to keep their beloved pet!

Misty is the cutest, most lovable chihuahua you’ve ever met! She has been through a lot in her little dog life. She wasn’t always with Phylis, Holly, and Lamya. Misty started out as a therapy dog for their Aunt Teresa after she lost her child. When their Aunt Teresa passed away, Misty was given to Grandma Nelda, but she passed from Covid-19 complications in 2020. Thus, Misty had to be passed on one last time. This is how she ended up with the Dell’Anna family and one of the many reasons they just couldn’t imagine giving her up as she means so much to them.

The staff and other residents at the Shelter love Misty and we are so thankful that PetSmart Charities provided the grant funding to make this program possible and available to those who need it most! 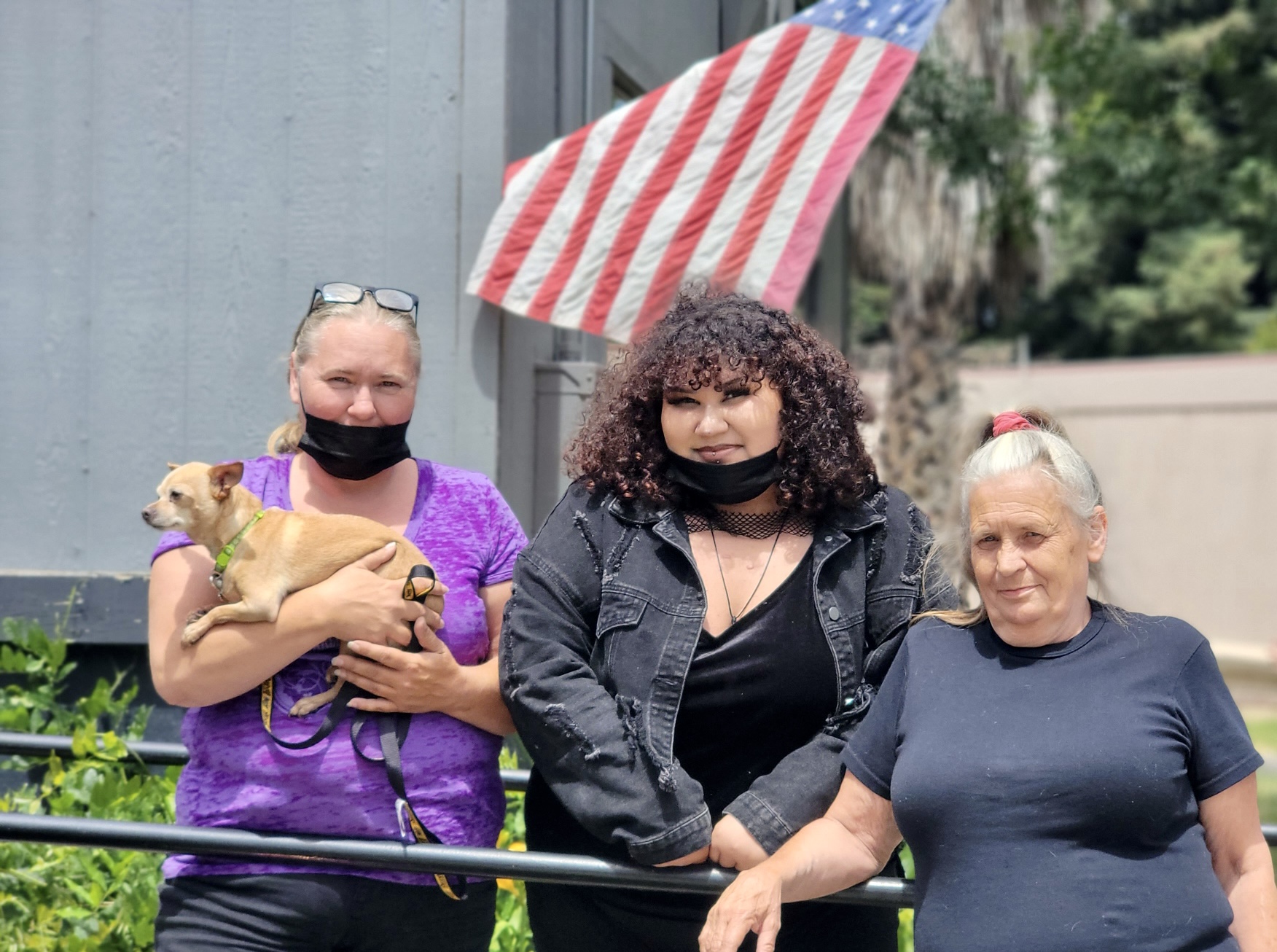 Each year Stockton Shelter for the Homeless serves hundreds of families with children, and single women and men from all walks of life. While every individual that comes through the door is special to us, occasionally we are privileged to serve someone that inspires other clients and staff alike. And, this is the case with Cleo. Despite all the odds, Cleo was inspired to change her life. Today, thanks to a helping hand from the Shelter, she has moved into her own apartment, has a job, and is going to school to become a counselor.

Cleo’s Story “I was a mess, on drugs and all that goes along with it. But, the love of God and the love of a close friend helped to change my life. I got off drugs. I have a job. I am moving into my own place. And, I take no credit, because it is all God. He said if I take one step he would take two and He’s done that. So, I know there is a God, because I should have been dead a long time ago. But through him and only him I am alive and living as he intended for me to. So, if anyone says it can’t be done, look at me. I am hope in that it can be done. I was out there for 35 years. I went to meetings. I went to church. The Shelter made me get off my butt and look at some hard facts that I could do it. I was lazy and did not want to stop. But this time I want the pain to stop. So, I stopped it with help of the Shelter and God.” -Cleo 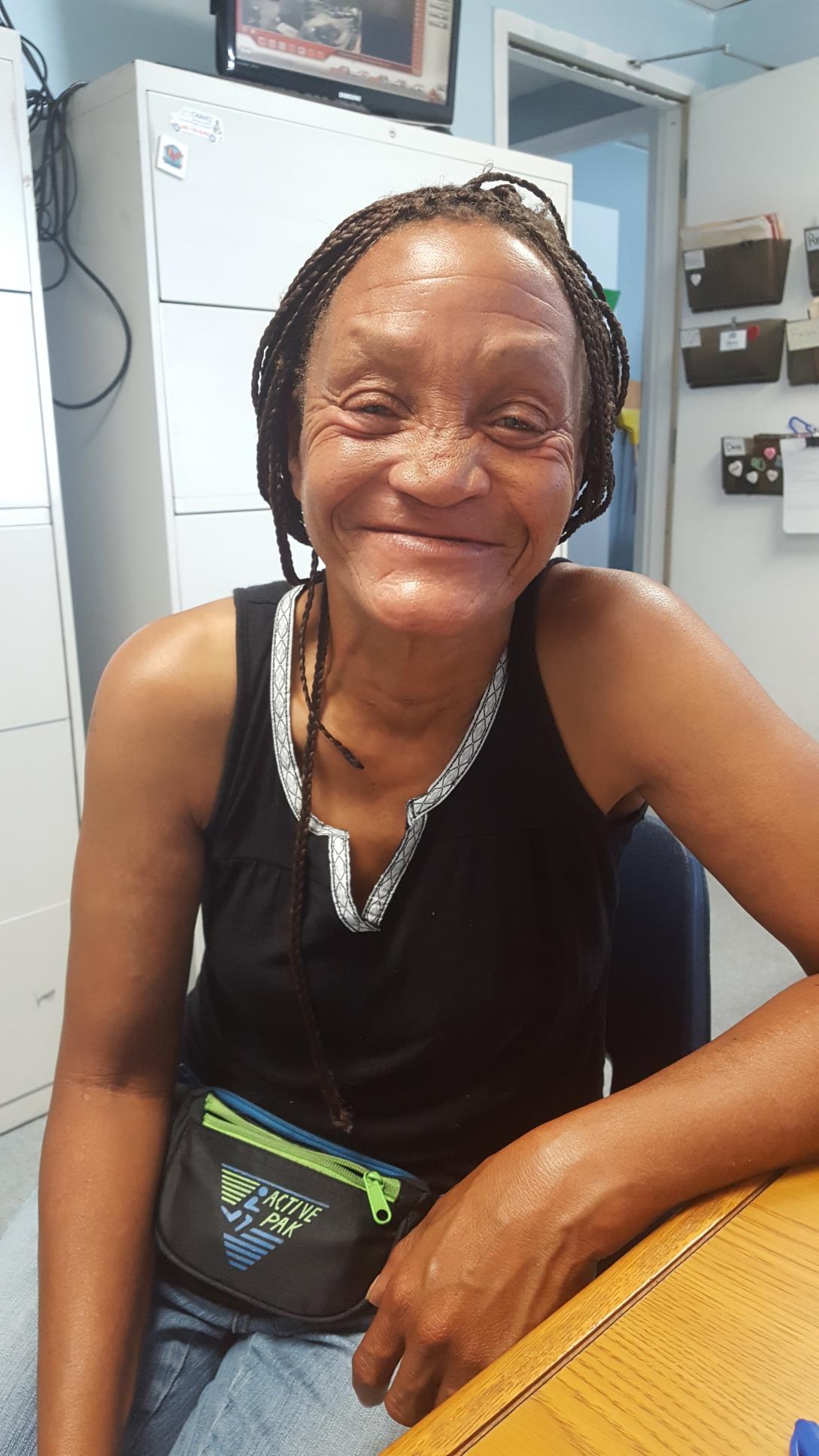 In 2008, Tom’s father passed away.  At that time, Tom, along with his brother, was living with their father in his home – a home in which he owned.  Though his father had life insurance, it was not enough to pay off the mortgage.  Unemployed, Tom and his brother were forced to sell the home.

Despite the proceeds from the sale of the home, Tom found himself in a position in which he could not qualify to rent an apartment as he was without regular income.  He moved in with a friend and lived off the proceeds while he continued to seek employment.  Given the state of the economy in 2008, jobs were few and far between despite the fact that Tom was an experienced bank teller and worked in customer service.

Eventually, Tom found himself without a place to live.  That is when he came to us for help.  He was distraught and uncertain of the future.  But that didn’t diminish his sense of humor, which brings a smile to everyone he meets.  Soon, Tom began to volunteer around the Shelter and took on jobs with increasing responsibility.

Today, Tom is a Shelter employee.  He is looking for a second job and intends on going back to school to study computer technology.  He was able to save money to purchase a truck and looks forward to the freedom transportation will bring.

Tom is a prime example of how “life happens”, particularly in a struggling economy.  In spite of everything, Tom continues to persevere and stay optimistic.  We are grateful to have Tom as a part of our family! 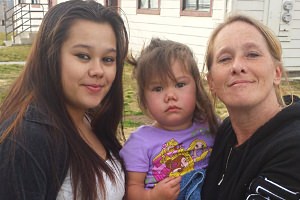 Liz Ybiernas is one happy grandmother seen here with her daughter and granddaughter. We first met her back in 2008 when she was seeking shelter with her 5 children. A victim of domestic violence, they had all been living together at Liz’s parents’ place. But the landlord didn’t want eight people in his home and threatened to evict Liz’s parents if she and the kids didn’t leave.

With nowhere else to turn, they “very reluctantly” went to the family shelter. Liz admits she was scared of coming in, but much more scared of having no shelter at all.

Her case manager calmed her nerves and helped her prioritize and set attainable goals. Liz volunteered every spare minute she had at the Family Shelter and we took notice. This busy mother of five was an inspiration to not only us, but to other moms experiencing the same fate as Liz. This diligent and com-passionate individual was offered a job at the shelter and she became one of the lead shelter supervisors at the family shelter.

Liz is now managing our cold-weather shelter in French Camp. She is versed in the services and support the shelter offers and fully understands the anxiety of those coming in for assistance. Liz takes pride in her accomplishments—so do we.

When elderly and displaced are left on our doorstep 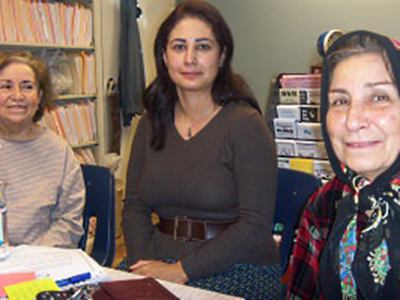 It is unimaginable that two elderly women, once highly respected in their community, could end up at our shelter.  But that’s exactly what happened.  One evening we received a call from the California Highway Patrol with a request to drop off two older women who had been evicted from their apartment in Modesto. No agencies or services in that area would agree to take them. We did not hesitate to have them brought here!

The arrival of the sisters did not come with-out challenges. Both women, natives of Iran, spoke very little English and it was difficult to communicate with them. They were highly confused and wished to  return to their home in Modesto. At that hour we had no luck reaching a translator until we finally phoned a Persian restaurant in Sacramento. The owner was able to speak with the women and learn more about them.  Just that morning they had arrived back in California from a lengthy trip to Iran. Once back in Modesto they discovered they had been locked out of their apartment and had nowhere to go. Wandering the streets in confusion, they were brought here.

The following day we were fortunate to be referred to Panteha Paknahad Jabarouti, library assistant at Cesar Chavez Public Library, who is fluent in Farsi. She came to the Shelter during her lunch hour to speak with the sisters.  Thanks to Panteha we were able to establish a plan for these two very sweet ladies. With the help of Stanislaus County Adult Protective Services, we were able to get Fatemah and Zahra, both suffering from onset dementia or Alzheimer’s, placed in a Modesto care home where they will be connected to housing and in-home support services.

We are proud of our role as an “emergency” shelter assisting in cases like this 24/7.   We are also thankful that this community supports our efforts of maintaining a safe harbor in such turbulent times. 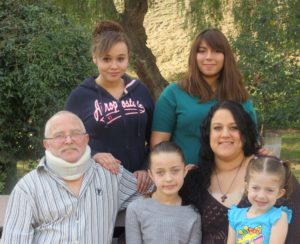 “I first came to the Stockton Family Shelter in 2008 after being evicted from my house and losing my job due to lack of transportation.  I was coming with my husband, Duane, and four children and was very nervous about being in a shelter.  The staff at the shelter were welcoming and kind. Through volunteering at the front desk, I got offered a job working for the Family Shelter, and my husband got a job working at the Men’s Shelter.  Duane and I were happy to be employed.  It would help us get out of our homeless situation.  The Shelter referred us to Central Valley Housing, which would help us with rent.  While living on our own, we were blessed to have another child that we named Minette. ..The Stockton Shelter for the Homeless has continued to help us through bad times.” – Christine 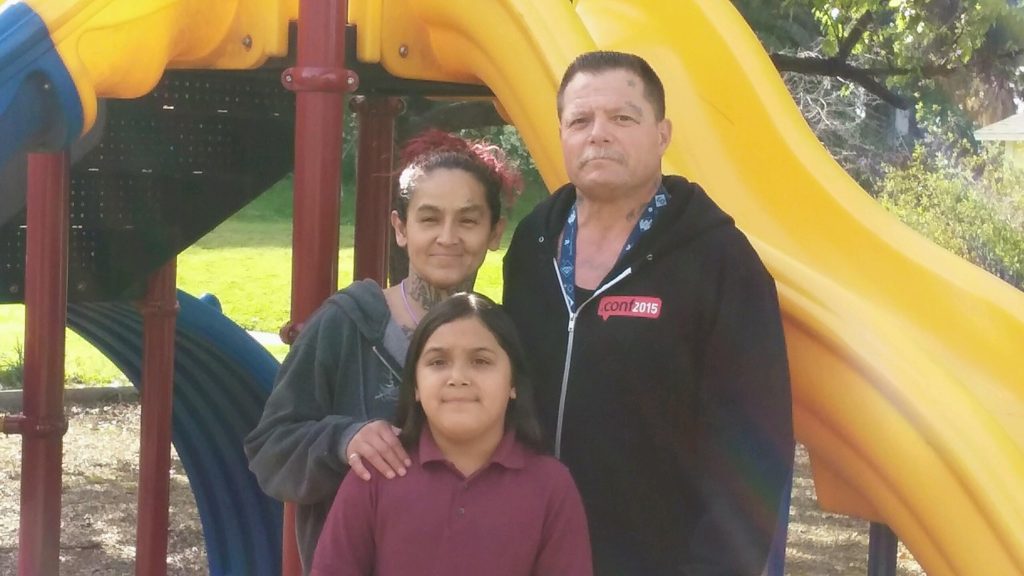 The following day we were fortunate to be referred to Panteha Paknahad Jabarouti, library assistant at Cesar Chavez Public Library, who is fluent in Farsi. She came to the Shelter during her lunch hour to speak with the sisters.  Thanks to Panteha we were able to establish a plan for these two very sweet ladies. With the help of Stanislaus County Adult Protective Services, we were able to get Fatemah and Zahra, both suffering from onset dementia or Alzheimer’s, placed in a Modesto care home where they will be connected to housing and in-home support services.

We are proud of our role as an “emergency” shelter assisting in cases like this 24/7.   We are also thankful that this community supports our efforts of maintaining a safe harbor in such turbulent times.